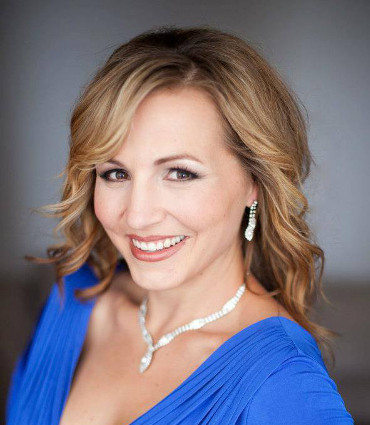 She is a graduate of the prestigious Academy of Vocal Arts where she sang a wide repertory of roles including Arabella (Arabella), Giorgetta (Il tabarro), Countess Madeline (Capriccio), Anna Bolena, Silvana (La Fiamma), and Violetta (La traviata).

Ms. Cornelius has distinguished herself in numerous competitions. She most recently won the Ft. Worth Opera/Mc Cammon Opera Guild Competition, as well as receiving a top prize in the Marcello Giordani Competition. She has earned first prize in the Giulio Gari International Vocal Competition and the Gerda Lissner Vocal Competition. In both 2009 and 2010, she represented the Mid-Atlantic Region as a semifinalist in the Metropolitan Opera National Council Competition and received grants from Opera Index. Jan currently resides in Houston,Texas with her two children, bass-baritone, Ben LeClair, and enjoys a successful teaching career along side her current singing engagements.

This is Ms. Cornelius’ third production with the Summer Garden Opera.