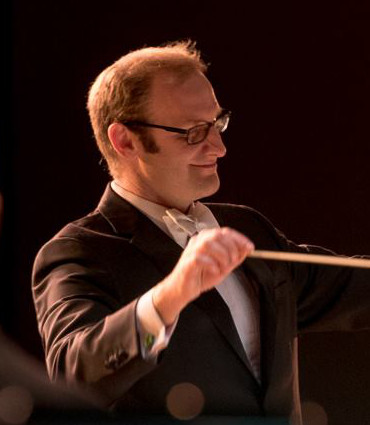 CHRISTOPHER SWANSON, conductor and lyric tenor, is the music director and co-founder of the Summer Garden Opera. He is thrilled to present great opera to this extraordinary community since 2010 and delights in bringing the country’s top performers to Farmville.

A lyric tenor, Swanson has performed throughout North America and Europe. Some of his favorite operatic roles include Tamino in Die Zauberflöte, Nemorino in L’elisir d’amore, Ferrando in Così fan tutte, Tom Rakewell in The Rake’s Progress and Peter Quint in Benjamin Britten’s Turn of the Screw. His recital performances have been heard across the United States, Italy and the United Kingdom.  He specializes in romantic German Lieder, chansons of Gabriel Fauré and the songs of Benjamin Britten. Swanson has also dazzled audiences with his wide-ranging concert repertoire. In a recent performance of Carl Orff’s Carmina Burana with the Roanoke Symphony Orchestra, a reviewer noted that the role’s “near-impossible tessitura [was] ably conquered by Swanson.”

A native of Michigan, Swanson has been teaching, conducting and singing in Virginia since moving here in 2003. He lives in Farmville with his wife Melanie and their children: Breanna, Grace, Ellie, Abigail, Charles and Vienna Jewell.

This is Mr. Swanson’s second production with the Summer Garden Opera as conductor.