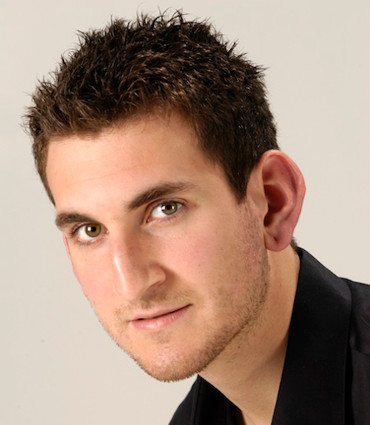 ADAM CAUGHEY, originally from San Diego, CA, has established himself as a young professional in the world of opera and classical music. In June 2018 he made his debut with the InSeries in the role of Harlekin in the Emperor of Atlantis, in which he was noted for his “clear tenor”-D.C. Metro Arts. During the 2017-2018 season he was invited as a guest artist with the Maryland Summer Opera Institute as Tamino in their production of Die Zauberflöte. He was pleased to return to Opera Camerata in the role of Frederic in Pirates of Penzance. Previous roles with Opera Camerata include Goro in Madama Butterfly, Arturo and Edgardo(cover) in Lucia di Lamermoor, Rinuccio in Gianni Schicchi (cover). Adam debuted the role of Dr. Bones McCoy in Menagerie: The Trial of Spock with the Santa Cruz Opera Theater, directed by Star Trek cast member, John de Lancie in 2016. Adam followed this premiere by performing on a series of concerts in Greve in Chianti, Italy. With The Middlebury Deutsch für Sänger Oper Die Zauberflöte he performed Tamino. Mr. Caughey recently made his role debut with Washington National Opera singing Parpignol in La Bohème, which he was noted by Voix des Arts, “as a clarion voiced Parpignol…delivering his exclamations…with brio”.

Other Opera engagements include the title role in Britten’s Albert Herring with Opera Vivente in Baltimore, Normanno in Donizetti’s Lucia di Lammermoor with Green Mountain Opera Festival in Vermont and Giuseppe in La Traviata with Lyric Opera of Baltimore. Some favorite roles performed have been Sam Kaplan in Street Scene, Don Ottavio in Don Giovanni, Peter Quint in The Turn of the Screw, The Four Comic Tenors in Les Contes d’Hoffman, and Flute in Britten’s A Midsummer Night’s Dream.

Also an accomplished Concert and Oratorio singer, he has performed as the tenor soloist in the Lord Nelson Mass Haydn, Elijah Mendelssohn, Monteverdi’s Vespers (1610), Handel’s Messiah, and Mendelssohn’s Lobgesang. Mr. Caughey has sung The Evangelist in Bach’s St. John Passion under the tutelage of Sir John Shirley Quirk.

During the summer of 2015 Adam received a scholarship to attend the Middlebury College Deutsch für Sänger program. Previously he was an Apprentice Artist with the Caramoor Summer Opera in Katonah, New York and The Green Mountain Opera Festival in Barre, Vermont. Mr. Caughey received his Bachelor of Music from The University of California Santa Cruz then after continued his studies at The Peabody Institute of Johns Hopkins University where he completed his Masters of Music and was the 2008 recipient of the Gulen F. Tangoren M.D. Award for Vocal Excellence in Opera.

This is Mr. Caughey’s second production with the Summer Garden Opera.